Mary Poppins musical is supercalifragi- you know the rest! 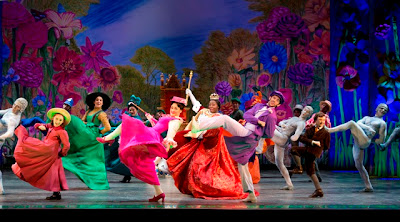 It's a jolly holiday with Mary Poppins, which opened at the Fair Park Music Hall last night. This week thru March 30th, Mary Poppins, the musical, a part of the Dallas Summer Musical series, will bring one of my favorite movies (and records from childhood) to life on stage. It was on my family's MUST-DO list and we're going tonight. Dallas Summer Musicals brings traveling companies of Broadway Shows to Dallas, as a part of a national tour. Mary Poppins is part of a national tour that in Dallas. 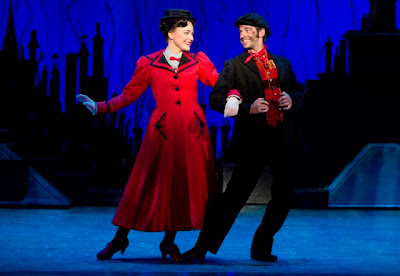 When my sister and I were little bitty, we had the Mary Poppins soundtrack record, and played it til it broke. We practiced spelling supercalifragilisticexpialidocious, ran around our bedroom singing "Step in Time", and laughed our heads off every time we saw the animated penguins dancing with Bert. And it was Bert who inspired us to start drawing in chalk on sidewalks. And the driveway. And the street.

Now my kids have grown up doing all the same things thanks to Mary Poppins. Except for the RECORD part. They have iTunes versions of the songs. Luka is a real fan of comedic acting and musicals (ask him to do his Lina Lamont impersonation from Singing in the Rain next time you see him). He thinks Bert and the Penguins are even funnier than Spongebob, and is really looking forward to the show tonight! 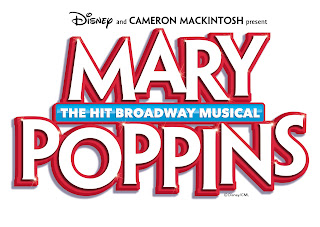 You can play the Mary Poppins trivia game on the Dallas Summer Musicals Facebook page, for a chance to win some Mary Poppins prizes. Check that out here. Find the dates of the rest of the national tour for Mary Poppins here, and see when it's coming to a city near you. You'll also find a coupon code on that page for on-line ticket purchases.

I hope you enjoy Mary Poppins as much as I know I will. I can hardly wait for it to be 7:30pm tonight. I'm looking forward to the rest of the Dallas Summer Musicals season!

Mommy's Wish List Disclosure: I am honored to have been a guest of Dallas Summer Musicals at a performance of this show, so that I would be able to tell you all about it.