See Lord of the Rings with a Live Orchestra 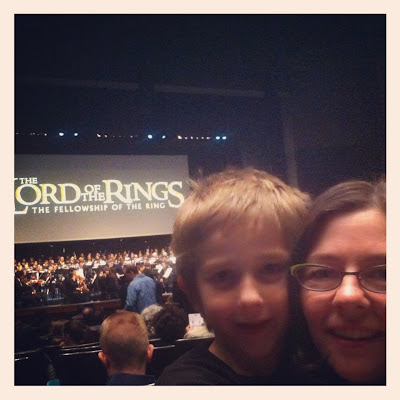 This weekend, Dallas Summer Musicals presents "Lord of the Rings" on the super big screen accompanied by The Dallas Pops orchestra live, and you better believe I'll be there. My husband will be there. My kids will be there. Because who doesn't love Frodo. And Legolas. *drool*

It doesn't get much better than hobbits, elves, dwarves and a live orchestra, does it?

You can come too my nerdling friends. There are performances Friday night, the 8th, as well as Saturday and Sunday. Get tickets here. It'll be at the Music Hall in Fair Park – where all the Dallas Summer Musicals are held. They are so kind to host my family for this unique musical event. 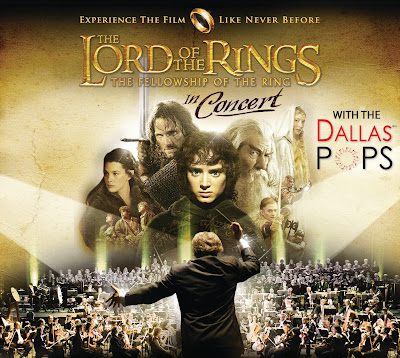 FYI, I might have been a dwarf in this play in 7th grade.

Also, I might still be reminded of that fact by certain people on a regular basis.

However, I still think it was awesome to be in Lord of the Rings. In middle school. In the 70s. A dwarf. (Yes, it wasn't much of a stretch for me to be a dwarf in 7th grade.)

As awesome as it was, it is not as awesome as seeing Howard Shore's award-winning score performed live while the movie itself plays on a screen as big as an outdoor drive-in theater. Because here's your chance to show your kids how relevant and amazing orchestral music is. You have a kid in elementary school band?

"Hey, that could be your job in 15 years. Playing that violin for hobbits, yo."

That should inspire them to keep practicing, huh?

Also, I'm looking forward to the rest of the Dallas Summer Musicals 2013-2014 season.

Mommy's Wish List Disclosure: I am honored to be a guest of Dallas Summer Musicals at a performance of this show, so that I would be able to tell you all about it.
Posted by Mommy's Wish List at 4:23 PM