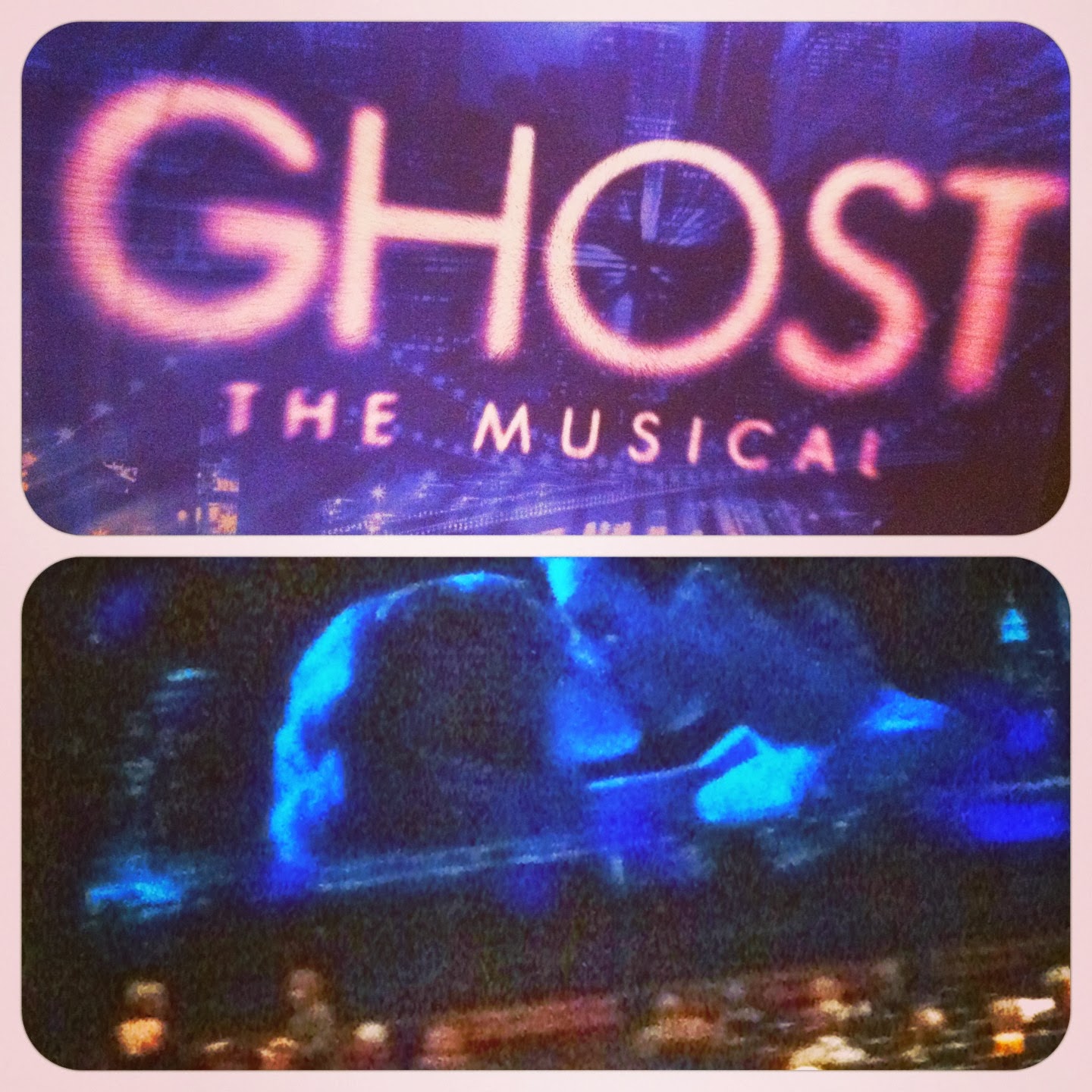 Last night, GHOST the Musical opened at the Fair Park Music Hall, as part of the Dallas Summer Musicals on-going season. I was giddy to be their guest at this show on opening night, as this happens to be one of my favorite movies of all time. I know, you're shocked. Those of you who know me really well, know that my favorite genre of movie is "old guys who blow sh*t up" and GHOST does not fit into that category by a long shot. But, I am nothing if not unpredictable. I love this story.

Also, the main character is an art chick. YAY!

So, first imagine that great story. Now add broadway-style songs (written by Dave Stuart of The Eurythmics by the way), big dance numbers, and comedy. Then throw in layers of multi-media, visual illusions, and magic tricks like David Copperfield might pull off.

I especially loved all the arrangement variations of "Unchained Melody" the signature song of GHOST. It evolved as the show progressed, reflecting the characters and their situation at the moment.

The scene where Sam goes thru a door? Yep. I can not figure out how they did that on stage, BUT THEY DID. 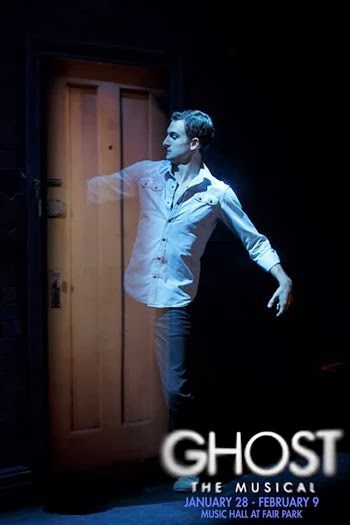 GHOST is no longer just a chick movie. On stage, it's a Broadway/Vegas Magic Show. I heard all the men around me gasp as Sam and the crazy subway ghost both jumped onto what appeared to be a moving subway car. The crazy subway ghost (played by Brandon Curry) then made bags, papers, and even the people float around like astronauts in zero-gravity.

How did they do that? No idea. But I hear the visual effects were created by the same guy that does them for the Harry Potter movies.

The layers of multi-media art, typography, film, and imagery projected on invisible layers on stage during the entire show made it unlike anything I had ever seen. And I've seen A LOT of theatre. I lived in New York remember? And, my sister does this for living. GHOST was definitely out of the ordinary. 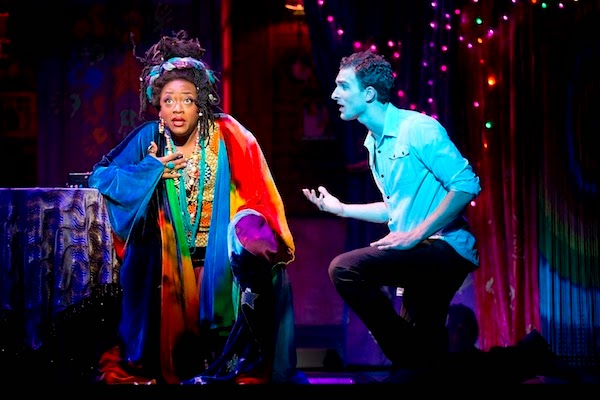 You've got two weeks, Dallas, to go see this amazing visual treat. Y'all in the rest of the country, you're in luck, this is a national tour, and it's going to come to a city near you soon – here's the schedule. 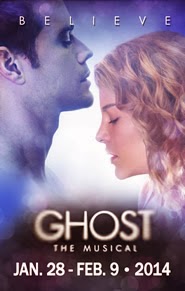 Tickets for GHOST the Musical
Ghost the Musical is playing at the Music Hall in Fair Park thru February 9th. You can get tickets for GHOST here. Tickets range from $15 to $80 depending on where you choose to sit. I've seen many, many performances at the Music Hall in Fair Park, and even the balcony is a good seat. I'd recommend this show for all ages, and it is happy, fun, colorful, and you can't help but sing along.

Ghost The Musical is offering a student rush deal where you can get best available tickets for $25 with a valid student I.D. Just show up at the Music Hall one hour before the performance. Valid for the Tuesday thru Friday evening performances both weeks. Find the dates of the rest of the national tour for GHOST here, and see when it's coming to a city near you.

I hope you enjoy GHOST as much as I did. I'm definitely looking forward to the rest of the Dallas Summer Musicals season!