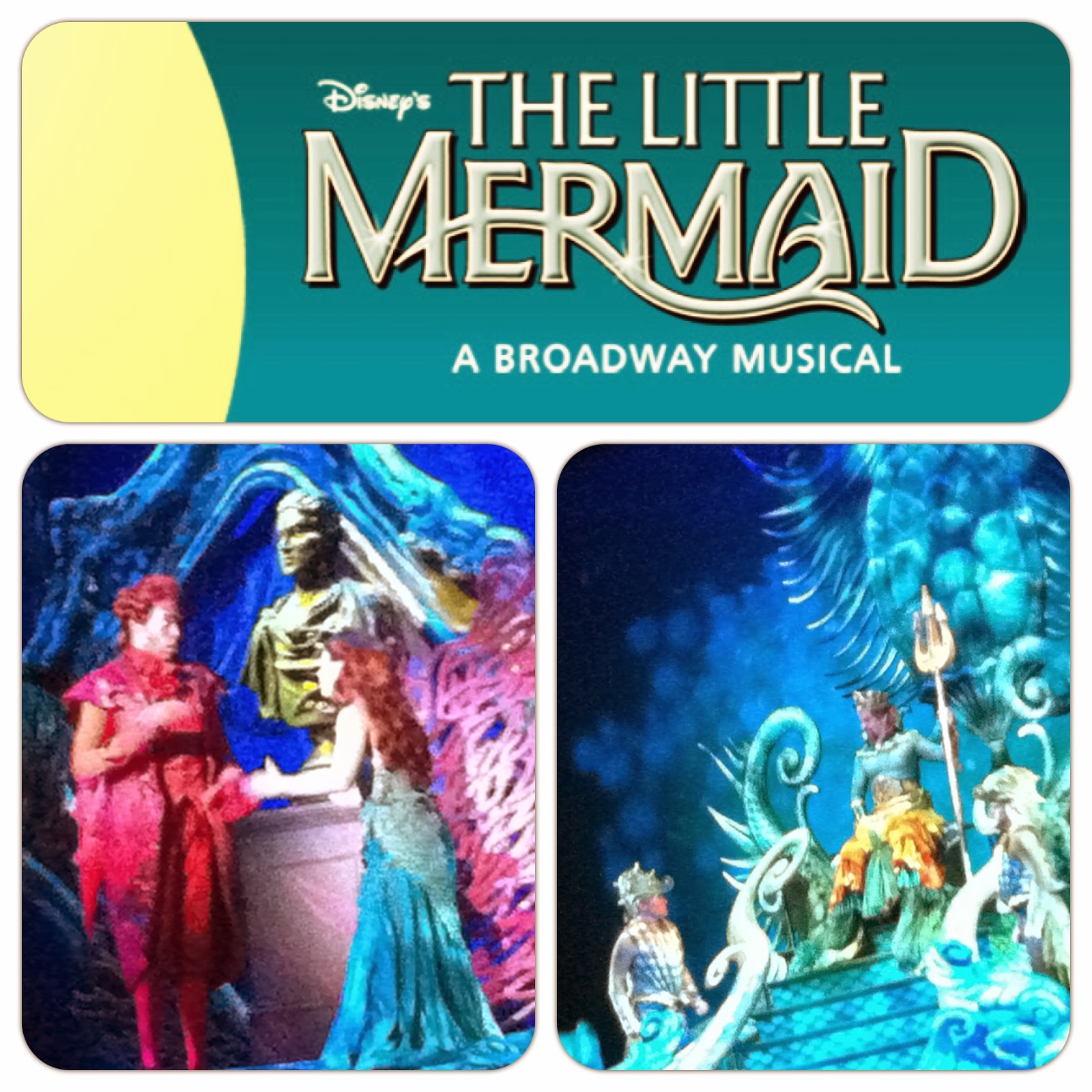 I got to hang out at the dress rehearsal on Thursday afternoon as the expert crew and cast tightened up the lighting, rigging (there are flying, er, swimming under water, people in this production y'all!), sound design, staging, and timing. I loved being at this behind-the-scenes run through and see the magic being put together for opening night just a few short hours later.

As you know, I live in a house full of boys. So I decided that this time I'd take a bunch of girls with me to see The Little Mermaid. My friend Stephanie, her two little girls, and I were guests of The Dallas Summer Musicals last night on Valentine's Day. And I can not think of a better way to spend that holiday.

Dazzling mermaids and jellyfish and sea creatures light up and come to life in black light and projected, audibly bubbling water.

Laughing at Sebastian. And Scuttle. And Flounder.

Watching all the little girls in the audience sing every word of every song.

Chelsea Morgan Stock was just as delightful as a cartoon character as Ariel, and man could she belt it out. My little Valentine's dates clapped furiously at the end of every one of her songs. And Eric Kunze was perfectly cast as the dreamy prince Eric. Heck, he even came with the right name.

I loved that the story was adapted more to focus on Ariel's feelings of being an outsider in her own family. I know many of us can relate to that. The story also emphasizes King Triton and his relationship with his daughter Ariel – and was less about the whole "girl gets the handsome prince" standard storyline. Triton learns how important it is to support Ariel in her dreams, and tries hard to listen to her and understand what's important to her.

This production uses the original Broadway sets, which are spectacular. It's taken two years of hard work to bring this production together in Dallas, and it played to a packed house the past two nights. The Little Mermaid is offering a student rush deal where you can get best available tickets for $25 with a valid student I.D. Just show up at the Music Hall one hour before the performance. Valid for the Tuesday thru Friday evening performances both weeks. Find that information here, and don't miss the opportunity to see a show that is not playing anywhere else in the country.

I hope you enjoy The Little Mermaid as much as I did. I'm definitely looking forward to the rest of the Dallas Summer Musicals season!

Mommy's Wish List Disclosure: I am honored to have been a guest of Dallas Summer Musicals at a performance of this show, so that I would be able to tell you all about it.
Posted by Mommy's Wish List at 1:57 PM