Mamma Mia back by popular demand at Dallas Summer Musicals. 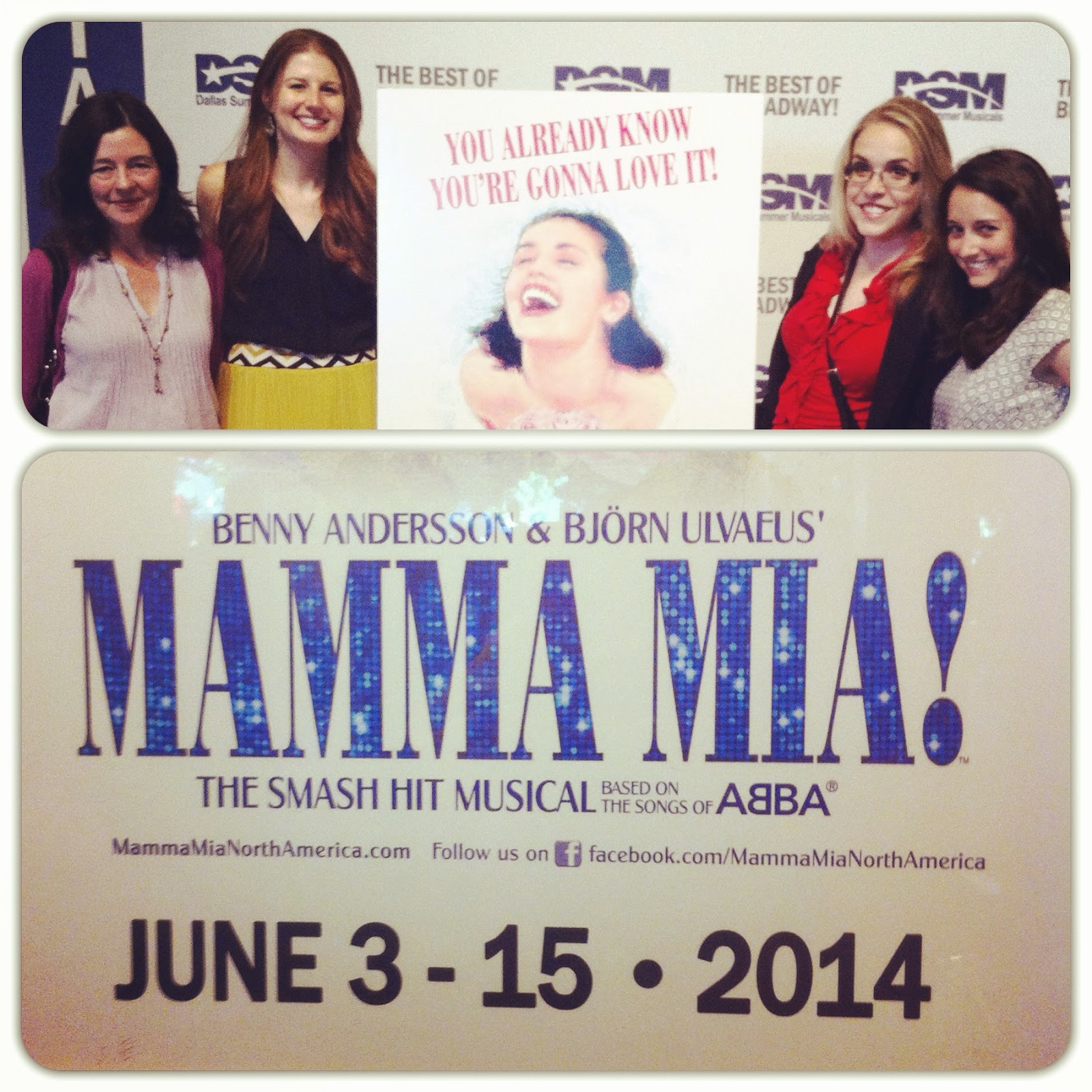 This week, Mamma Mia opened at the Fair Park Music Hall, as part of the Dallas Summer Musicals on-going season. This production is part of the Mamma Mia national tour. I went with my girl friends Valerie, Kendall, and Elysa. You might have heard a lot of squealing and ABBA caterwauling coming from our row. We had so much fun.

Mamma Mia is a perfect girls night out y'all!

Mamma Mia is the 9th longest running show in Broadway history. And no wonder. If you've only seen the movie, you're missing out on the live energy of a full cast dancing and singing all your favorite ABBA songs in this spectacular production. Not to mention a dance number done by all the men IN FLIPPERS. That alone was worth the price of admission.

You can see a preview of cast members Chelsea Williams (Sophie) and Chris Stevens (Sky) singing one of their numbers on the WFAA website here.

And, I don't think I've ever laughed so much at a Dallas Summer Musicals show, ever.

One of the best parts of this show is the sing-a-long encore at the end. After the final act, the entire cast comes back on stage in fanciful costume and gets the audience to sing along and wave their arms to every single ABBA song from the show. My friends and I thought ALL musicals should end with a sing-a-long encore!

Tickets for Mamma Mia
Mamma Mia is playing at the Music Hall in Fair Park thru June 15th. You can get tickets for Mamma Mia here. Tickets range from $15 to $100 depending on where you choose to sit. I've seen many, many performances at the Music Hall in Fair Park, and even the balcony is a good seat. This show is recommended for ages over 11, and it is so much fun and of course, you know all the ABBA songs. Admit it. 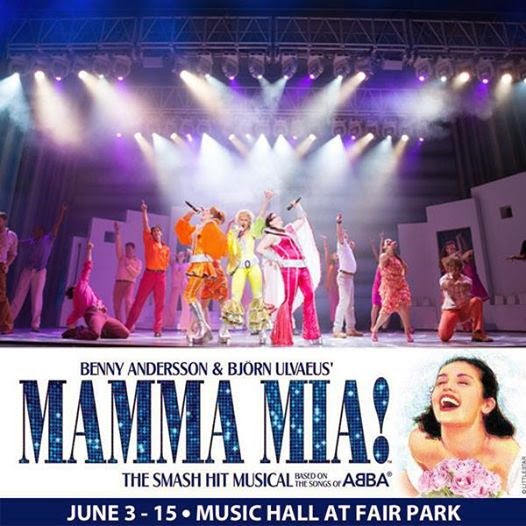 I hope you enjoy Mamma Mia as much as Valerie, Kendall, Elysa, and I did. I'm definitely looking forward to the next Dallas Summer Musicals season!

Mommy's Wish List Disclosure: I am honored to have been a guest of Dallas Summer Musicals at a performance of this show, so that I would be able to tell you all about it.
Posted by Mommy's Wish List at 10:32 AM