How to Teach a Kid to Drive 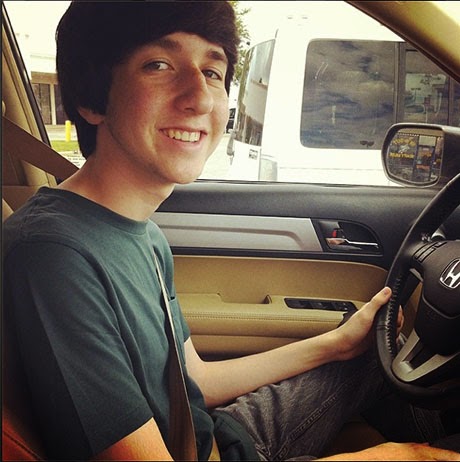 The past 17 years, I've been watching this boy grow up. Just yesterday he was in the back seat telling me stories...turning classical instrumental music from the radio into an hilarious narrative by describing what he was hearing. Telling me what the shape of the bird poop on the window reminded him of. Now he's in the front seat, driving me around. Driving his little brother around. Driving, y'all. DRIVING.

It does seem like the last big pragmatic thing I've got to teach him about how to take care of himself. It's both a sad and a proud moment.

It's freeing but at the same time there's the empty feeling of not being needed anymore. It was the one last thing he needed me for, and now he doesn't seem to need me at all. I've had to teach him all the things he needs to know to be independent – and now he is, dang it.

It Takes a Village
Being the parent of an almost-gone child leaves me feeling a bit unnecessary. I am still a mother, but not in the caretaker sense of the word anymore. It's more of just a figurehead title now, instead of a description of what I do. I rely on my good friends Sheri, Melody, and Chris to talk me off the ledge every weekend at coffee. They help me try to come to terms with my old new self.

I don't know what I'd do without their advice, their group problem-solving on my behalf, and their support. What I've learned from my best friends and other lovely Oak Cliff neighbors is that it's perfectly normal to feel unnecessary when you have such a responsible teenager. It stinks, but, it's normal.

We discuss this big life changes and more every weekend at our neighborhood coffee shop. If you have a problem that needs solving, you know to just show up for the "Housewives of Oak Cliff" coffee on Saturdays and Sundays at Bolsa Mercado. 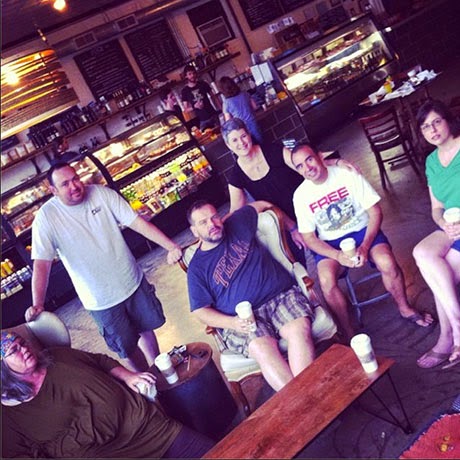 Teaching Quinn to Drive
So this past year, I taught Quinn how to drive a car. Really, mostly he did it himself, and I just sat back and watched. He researched how to get a learner's permit on-line, and figured the whole process out. He scheduled his own appointment at the gigantic driver's supercenter in Garland to take the written test. It's one of the last things I had to drive him to. He took care of getting his transcript and all the other necessary paperwork, and even paid the fee on site in cash using his own money.

After securing his learner's permit, he printed out a schedule of what he needed to learn based on the actual driving test. Then, we methodically tackled each driving task, practicing until he mastered it (which as I was not surprised) did not take him very long at all. This seemingly Herculean task included parallel parking. My friends suggested I set up trashcans a car length apart in front of my house and have Quinn parallel park in that space between pretend cars. And that worked very well.

Turns out Quinn drives like he does everything else...methodically, unemotionally, rationally, intelligently. And quickly. I don't mean he drives quickly, I mean he quickly figures out the best way to drive, the safest methods, the best routes, the strategies for defensive driving. My friends have known Quinn since he was a preschooler and Melody was confident he'd be just like that. She was right.

Over the course of his junior year, last year, we drove every weekend. I'd ask Sheri about the different things she taught her son when he was learning to drive, so I wouldn't forget anything: highways, at night, in the rain… all three of those at the same time. I was trying to cover every possible driving scenario, so he'd have experience in every situation.

My Best Parenting Advice
When you slowly teach a child to do something big and important and take the time to let them master it over and over until they feel comfortable, they will always succeed. It's when we just throw them into the deep end of the pool and say "sink or swim" that we set them up to fail. Taking the extra time to teach them and help them become an expert themselves is worth it for both of us.

Subscribe to Mommy's Wish List by email for tips on strategic shopping, open-minded parenting, being creative and other important things like making a quick dinner when you hate cooking.