Nice Work If You Can Get It kicks off national tour in Dallas. 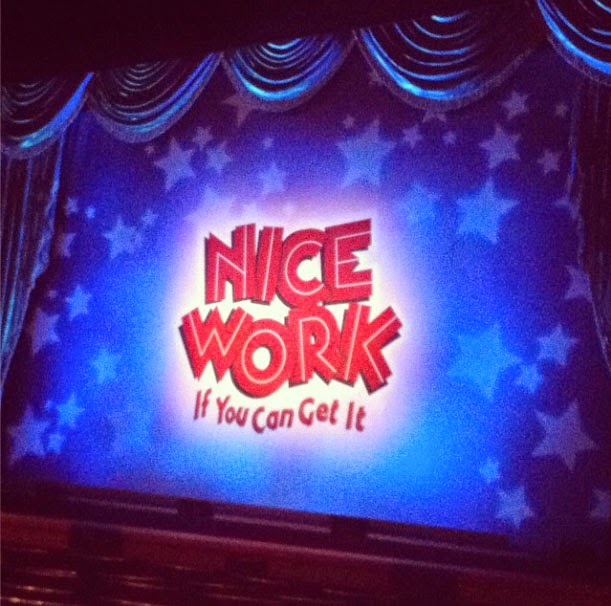 Ever been to a broadway show where you knew the words to just about every song, but had no idea that they all came from one musical? That just happened to me last night.

This is easily the funniest musical I have ever seen. It takes place during Prohibition, so it's chock full of gangsters, bootleggers, flappers, prohibitionists and playboys. It features songs that I know you know, like "Someone to Watch Over Me",  "Let's Call The Whole Thing Off", and I've Got a Crush on You. Even the political jokes from the 20s that were in the show still held true in 2014, much to the delight of the audience. Republicans and Democrats alike were bashed.

The show-stealer though, I thought, was "I'm Delishious" in which Eileen (played by actress Rachael Scarr), "the world's foremost authority on modern dance" or some such hilariously exaggerated lofty title, sings from the bathtub, while gazing at herself in a series of handheld mirrors. When suddenly a gaggle of bubble-clad bathing beauties and men in pink tights emerge from the bathtub to leap and frolic thru the bathroom. I died laughing when they popped up out of nowhere from the bathtub in which Eileen was sitting, and proceeded to wrap her in the world's largest pink towel. She is one of the most hysterical characters I've seen on stage. 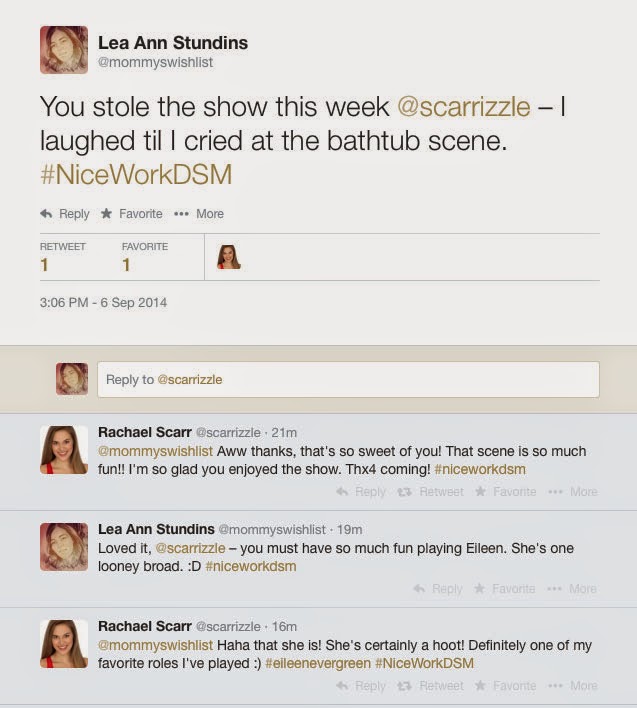 This is an unlikely love story though, in case you are unfamiliar with the plot, between a rich playboy, Jimmy, about to marry his fourth wife, and a tomboy bootlegger, Billie, who thinks he's just a mark. At first. There are so many great jokes, fantastic word-play, and of course classic memorable songs in this show. I was really sad when it was over.

National Readers: The tour goes next to Fort Worth, then Salt Lake City, St. Louis, St. Paul, Dayton, and many other cities thru next March. Find your city and get tickets for Nice Work If You Can Get It here.

I hope you enjoy Nice Work If You Can Get It as much as I did. I'm looking forward to the rest of the Dallas Summer Musicals season!

Mommy's Wish List Disclosure: I am honored to have been a guest of Dallas Summer Musicals at the opening night of this show, so that I would be able to tell you all about it.