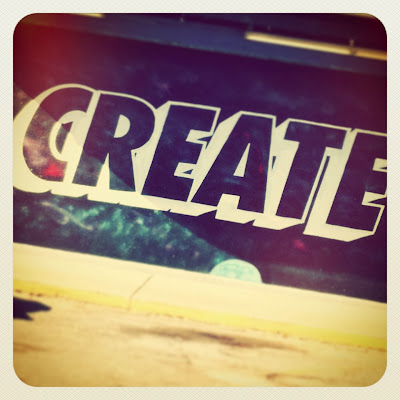 New Year's Resolutions. We make them. We break them. And I am not surprised.

I've always thought "resolution" sounded a lot like another word for "rule". And why would one on-purpose impose more stupid rules upon oneself? Don't others already do that for us, thank you very much?

Also? Resolutions seem to be things we work toward a little bit at a time. Doing something a little it at a time doesn't work for me. It feels non-commital. Passive. And easily given-up on.

This year instead I will have New Year's Revolutions.

And while I continue to struggle with tangible goals like getting a job, revolutions are not necessarily about tangible goals. Revolutions are about changing perspective, living ideals, and fighting for something. A revolution is bigger than a goal. It screams. It refuses to give up. It is so big it is a force to be reckoned with.

I'm going to fight for myself this year.


My New Year's Revolution then begins like this:
Do more happy things.
Go somewhere. A lot.
See the world thru other people's eyes.
Be around people who add rather than subtract.
Be brave.
Be present.
Reconnect.
Be communal not competitive.
Do something that surprises yourself and others.
Don't follow rules that don't make sense.
Create.

It's a one-letter difference from everyone else: Revolution not resolution.

And sometimes one letter different is enough.
Posted by Mommy's Wish List at 2:21 PM